Kiev is the capital and the biggest and the most developed city in Ukraine. It impresses by its architecture, monumental buildings from different eras, numerous green parks and wide green streets, lakes, river 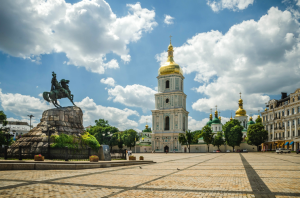 Dnieper which divides the city on the right and the left banks, ancient historical monuments and churches, theatres and museums, stadiums, modern entertaining centers, restaurants and cheerful and welcoming people. Kiev has a thousand years of history and can be characterized as a city with unique individuality and beauty. 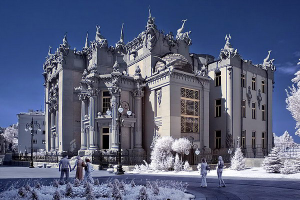 Kiev is one of the major industrial and cultural centers of Ukraine. It maintains economic, scientific and cultural ties with hundreds of other cities. Goods produced by Kiev enterprises as well as scientists, artists and writers of the city are known all over the world.

Kiev is actively being built and spread. New well organized, modern residential areas appear. Every year it is being built more than a thousand new apartments in the city; new schools, clinics and hospitals, business, trade and entertaining centers are being opened.
The city has convenient and cheap transportation system which gives possibility quickly get from one part of the city to the other. There is a metro system in Kiev. Also there are a lot of buses, trams which can be used.  Infrastructure of the city is on a good level.

Kiev has a favorable geographic location and natural environment. It lies on hills, on both banks of the Dnieper river. More than half of the city’s territory is covered with forests, green parks, rivers and lakes. Among the animals of the capital there are 48 species of mammals – hedgehogs, moles, shrews. Squirrels can be considered the symbol of the city. The main water resource of the city is Dnieper river. The quality of water, including drinking, meets standard requirements.

This city is a wonderful place for living for international students. The last can not only study here at the best universities and meet the best professionals and teaches but can make their students life exciting and full with after classes’ activity. There are a lot of interesting places to visit in Kiev and to spend week-end. There are numerous entertaining centers where people can watch films, ski, play bowling, make shopping or dinner at restaurants and cafes. Students can visit theatres, museums, art galleries. There are many sport clubs in the city, swimming-pools, and areas for cycling and running.

TTGE is sure that international students will like their living and studying in Kiev and this city will stay in their hearts for all their life!