TTGE wants to present and pay attention of everybody who plans to study medicine, dentistry, pharmacy to the capital, the prestigious and the best Bogomolets National Medical University. TTGE is ready to organize admission to BNMU of young smart people from different countries on the most professional level, help with settlement in a new country. We recommend to apply now to Kiev national medical university with our assistance.

Admission to the National Medical University in Kiev! 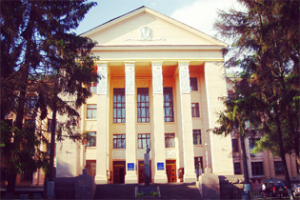 Kiev national medical university is the main educational, research and therapeutic center of Ukraine, which celebrates 175 years in 2016 and impresses by the quantity of excellent doctors who graduated from this higher educational institution. Bogomolets National Medical University was created in 1841. Its first professor and the dean was a talented ophthalmologist Professor Karavaev, who was taught by the great surgeon Pirogov.

Kiev national medical university is a basic university in implementation and coordination of the reforming of the system of Ukrainian education up to European standards according to the Bologna Declaration. The appropriate changes in the teaching, studying processes and in the evaluation of knowledge have been introduced.

Bogomolets National Medical University annually prepares about 1,000 qualified specialists who work afterwards in Ukraine, Europe, USA, countries of South America, Asia, Middle East, Africa. Today the university organized studying of more than 12 000 students, masters, clinical residents, interns, postgraduate and doctoral students. Also there are around 1 200 international students studying different specializations. Employers in other countries are usually impressed by the level of preparation of graduates and eagerly cooperate with them. 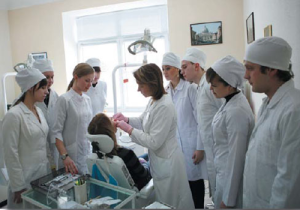 young people can have a snack between lectures. The territory of BNMU is wide, green, tidy, close to the city center, near Polytechnic metro station.

Foreign applicants’ admission to BNMU is possible to the next faculties:

Studying of international students of medicine, dentistry, pharmacy specialties is possible in English and in Ukrainian languages at Kiev national medical university. Applicants can choose the language of studying which they prefer.

Post-graduate course at Bogomolets National Medical University is fulfilled in local languages only (Ukrainian, Russian) and international students should speak these languages fluently. If they don’t they can start from the preparatory department, during which they will study language and after will get admission to BNMU to the desired course. The preparatory department training lasts 1 studying year (from September till June) and includes studying of different subjects, in particular: biology, chemistry, physics, languages (Ukrainian or Russian) as stated by the program of the Ministry of Education and Science of Ukraine. 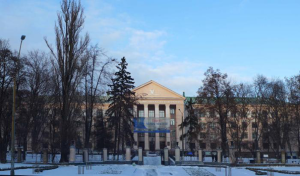 More details and full information on demands, conditions, educational process at Bogomolets National Medical University you can get contacting us or filling Apply now form.