As the majority of international applicants to the universities in Ukraine have never been in our country TTGE wants to present the most important and useful information about Ukraine, the country where applicants plan to live at least 5 years during their studying.

Ukraine is a modern European country located in the eastern part of Europe. 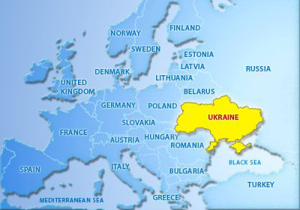 State symbols of Ukraine are:

Hryvnia (UAH) is a national currency. Dollars and Euros can be exchanged for hryvnia in any bank’s branch as well as in specialized exchange offices.

Time is the same on the whole territory of Ukraine and it is UTC time + 2 hours (Kyiv time).

The one can make calls in Ukraine or to the other countries using stationary or mobile phone. The international code of Ukraine is +380. Ukraine has a developing and growing Internet sector. The cost of the internet using is not high. In large cities there are areas with Wi-Fi coverage in cafes, restaurants, hostels, studying campuses etc. 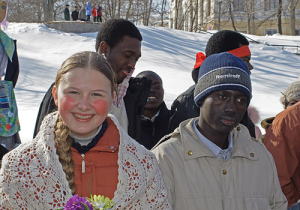 Ukraine is one of the largest countries in Europe with an area of 603628 km2 and a population of about 42.5 million people. It is a multiethnic country. The majority of the population are Ukrainians (73%), Russians make up 22% of the population. There are a lot of Jews in Kiev and in Odessa. In the western regions Poles, Belarusians, Slovaks, Moldovans, Gypsies, Hungarians can be met, and in the Crimea – Crimean Tatars, Greeks, Bulgarians and Armenians. From religious point of view the population differs as well. The majority of people are the Orthodox believers, on the west of the country Greek Catholics dominate. Crimean Tatars are the followers of Islam and the Jews – of Judaism. In spite of these differences each citizen of any nationality and religion feels free and safety in Ukraine. Ukraine became a homeland for all of them. The Ukrainians are known as friendly, loyal, with good attitude to other peoples and with high international tolerance. 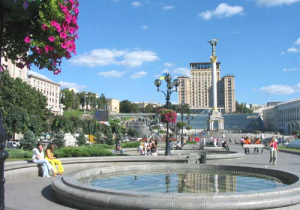 TTGE advises to pay attention to high schools in the western and central parts of Ukraine, as well as in Kiev. There are 5 large cities in Ukraine (1 million people and more): Kiev (the capital of Ukraine), Dnepropetrovsk, Kharkiv, Lviv, Odessa. All these cities are different, with their own unique atmosphere, distinctive features, but all of them are known as modern and comfortable cities loved not only by local but by foreign people as well.

The official language is Ukrainian. But the majority of Ukrainians speak Russian as well. Quite often young people also speak English. Not knowing the local language should not affect the decision to come to study in Ukraine. Usually students quickly learn common expressions and words, and very soon they feel like at home. 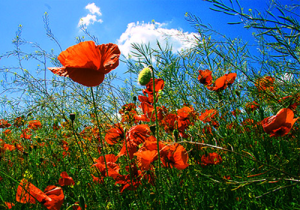 On the territory of Ukraine all four seasons are clearly run: winter, spring, summer and autumn. Summer is hot, winter is comparatively cold. Winter in Ukraine lasts around 4 months with average temperature +5 to -10° C. Summer lasts 3-4 months with average temperature +22 to +35° C. The transition from winter to summer (spring) and from summer to winter (autumn) usually lasts 1.5-2.5 months. It is recommended for the foreign students, especially from the southern countries, to get prepared for these changes of temperature not usual for them and to bring warm clothes for the cold period or to buy them in Ukraine.

The nature of Ukraine is rich and impressive. Due to its geographical location and the mild climate there are spacious steppes and thick forests, warm seas and majestic mountains, rushing rivers and quiet lakes in Ukraine.

Moreover due to the grand history of Ukraine which has thousands of years, there are many historical monuments on its territory: ancient churches and cathedrals, medieval palaces and fortresses. More than 150 thousand monuments show history, culture and architecture of the Ukrainian people. 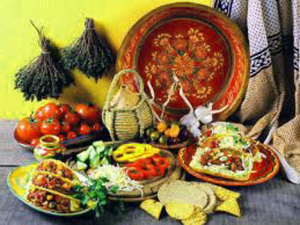 ach foreign student except studying has the opportunity to open for himself different positive sides of Ukraine according to his own interests: magnificent nature, historic monuments and museums, modern cities, vacation in the mountains or at the seaside, and it also can be a gastronomic tour, as Ukrainian cuisine is considered to be one of the most delicious in the world.

Ukraine is actively moving towards European integration. The agreement on Ukraine’s association with the EU was signed in 2014, numerous reforms are being carried. In educational sphere Ukraine is a participant of Bologna process and is actively modernizing its educational activities in accordance with European standards. Ukrainians are very enthusiastic to live in European manner, to share European values. The country is being actively developed and moving forward. And we can say confidently that Ukraine is the youth of modern Europe.