Time To Get Education informs all foreign citizens about the possibility of admission and studying at the National University “Odessa Law Academy” which is situated in a historical, developed and well-known city Odessa on the Black sea in Ukraine. 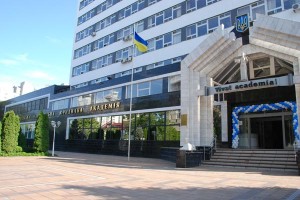 NU “Odessa Law Academy” is a leading governmental university (regulated by the Ministry of Education), which undertakes to teach students of foreign nationalities according to the received license, which allows to organize the education process for the programs of such qualification levels as “bachelor” and “master”. It has the highest accreditation – thr 4th.

More than 350 doctors, professors, PhDs, associate professors work at 28 university departments. Each year scientists and practicing lawyers with involvement of professors from the best European and American universities give author lectures in Ukrainian, Russian, English and other European languages.

8  persons from the teaching staff are members of the National Academy of Legal Sciences of Ukraine, have the levels of academicians and corresponding members. The University staff founded  the TV channel “Academy”, the newspaper “Slovo”, the publishing house “Legal Literature”. Every third book and every third monograph in the law, published in Ukraine, is the result of work of the Scientific Expertise University team.

International cooperation with universities, governmental and non-governmental organizations in the United States, in Europe and in other countries is one of the main strategic activity directions of the university. Odessa Law Academy has an aim to increase the quality level of the higher law education in Ukraine and its credibility outside of Ukraine. Over the years, more than 40 long-term agreements on cooperation were signed. National University  took active part in the development, research and implementation of humanitarian and technical projects of the European Union. 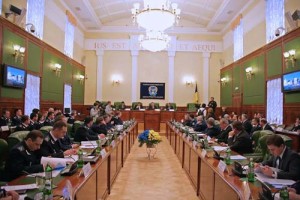 The university hosts international conferences and workshops, which help to develop the law science and practice in Ukraine as well as in Europe. The University’s activity in science and education was widely recognized abroad. Odessa Law Academy is a constant member of the European Association of Public Law (from 2008), of the European Association of Universities (from 1998), of the Eurasian Association of Universities. Many times the university has participated in the trans-European project TACIS, TEMPUS, ERASMUS +, and others. Nowadays, the University is taking part in the TEMPUS IV project “Development of the master’s of law program in Europe and of the international law in Eastern Europe – InterEULawEast”. The aim of this project is to create and develop an English-oriented master of law program in line with European education. 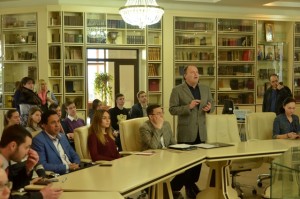 The university created a unique material base for training, scientific work, leisure, life of students  which meets European standards.

NU “Odessa Law Academy” possesses a complex of 40 buildings in Odessa, which include academic buildings, sports halls, a library, conference halls, a rare book museum, a computer center, hostels, museum of weapons. Studying campuses and hostels are located near the highways, in the seaside of Odessa city. Foreign students are settled compactly in hostels close to the academic campuses of the university. The rooms are well-equipped with needed furniture, a toilet and shower, internet access.

International students can study in Ukraine the following specializations at this university:

Studying process is organized in Ukrainian, English and Russian languages. 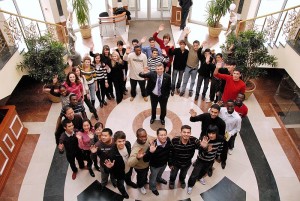 Odessa Law Academy prepares law specialists according to the Ukrainian education system, which includes: a course for preparation for the admission to the University (preparatory department – 1 year); training programs for “Bachelor” and “Master” qualification levels. The university also proposes postgraduate studies.

The University offers competitive prices for education on the European market.

The preliminary examination of documents of foreign citizens who want to be admitted and become a part of the National University “Odessa Law Academy” is done by TTGE for the whole year. The studying year starts once per year in September and lasts for 10 month till the end of June.

Please, contact us, ask any questions and start the admission procedure.